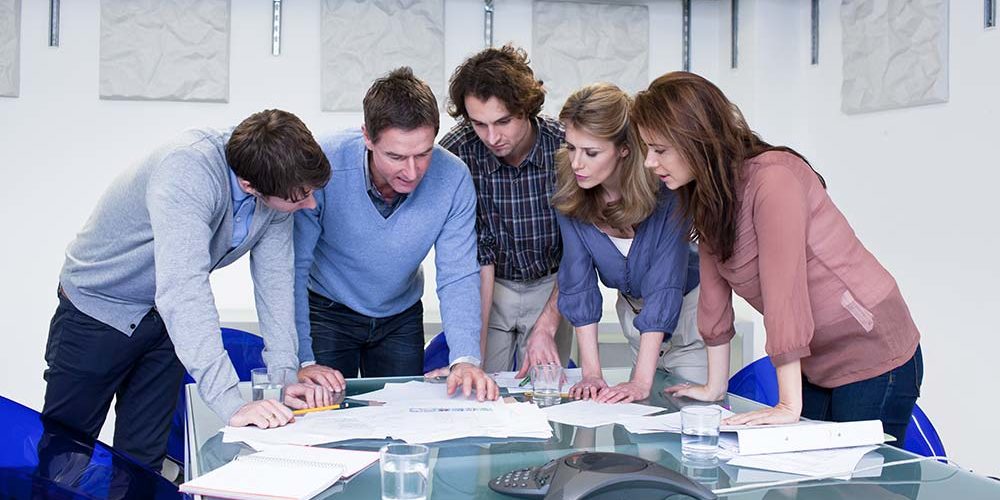 I’m sure you’ve seen this trend already. The headlines scream “no-bosses, no-titles!” The org chart shows a series of concentric circles, a constellation of stars, or even a tree of life. The stories and anecdotes that circulate around the movement are usually about how small groups of peers self-organize — without the tyranny of managers — to create breakthrough results.

In today’s economy more of the workforce are desiring a life-work balance. Most employees in Top-down systems have no time and little money. Bottom-up organizations that embrace the phenomenon of connecting people with needs through social networks offer both a share of the profits and flexible work schedules. The “office” job is disappearing simply because technology allows us to work efficiently from anywhere there is a Wi-Fi connection.  Companies that want to thrive in the millennial economy should make bottom-up communication and management a priority. The first tip for employer communication is to include these practices and “tailor policies to meet the needs of employees.” The response from the business world has included more adoption of bottom-up management and the development of radical new hierarchies like Holacracy.

Holacracy® is a self-management practice for running purpose-driven, responsive companies. These type of companies function by empowering people to make meaningful decisions and drive change, the Holacracy practice unleashes your organization’s untapped power to pursue its purpose in the world. In this model, there is less of an organizational tree and more of a network of circles/groups of people assigned to tasks that lead to the growth of the company.

In his book Team of Teams: New Rules of Engagement in a Complex World, General Stanley McChrystal describes the journey toward more self-management on which he led the Joint Special Operations Command during his tenure in Iraq. When he was given the command in 2003 of the Joint Special Operations Command Forces, they were losing ground to Al Qaeda — despite having superior training, weapons, support, and satellite intelligence. Al Qaeda was just too agile and did not employ the traditional top-down military command-and-control to make decisions. They relied on small groups of leaders to drive the mission toward their common objective. In this rapidly changing environment, General McChrystal realized he had to evolve how the military had traditionally operated. He began breaking down the existing silos among soldiers, and support personnel to create loose autonomous, cross-functional teams. To speed up decision making, he delegated life-or-death kill decisions to the forces closest to the action. He then reinforced positive behaviors by demonstrating to the teams that if they were transparent in their decisions and actions, and also followed a set of core operating principles or values, he would give them tremendous autonomy to make on-the-spot decisions and complete their respective missions. But if a team was found to have held back information, operated rogue, or violated the core principles, then he would drop the hammer of military justice on their heads.

It worked. The changes implemented under General McChrystal’s leadership began to transform the Joint Special Operations Command into a more agile, cross-functional, and effective fighting force.

Choosing “top-down” means giving the roles at the top of your organization significantly more control over key decisions than those lower in the hierarchy. Choosing “bottom-up” means having little to no centralized control so that those doing the work are free to organize, make decisions, and perform as they best see fit. Both camps have their own justifications.

Tomorrow’s successful companies will employ a strategy of bottom-up holacracy, where strategies or plans are first conceived at the top of the organization and then cascaded down into the organization for implementation with the purpose of structure, not to control but to delegate. Many bad or ineffective leaders and managers today still misunderstand this simple fact about structure. They look at a structure and rather than think “How much can I delegate or empower?” they think “How much can I personally control?” As a result, they end up micro-managing what they should delegate.

So who’s right? The market will decide. We can see the development of a hybrid successful self-managed organization in companies like AES, PRI Financial Services, MorningStar, Patagonia, Whole Foods, Zappos The New York Times, Ernst & Young and IBM, are implementing elements of the management style throughout their hierarchy. These companies each offer unique methods of including employees at all levels of the decision-making process. The popularity of the bottom-up approach is growing, but many organizations are still hesitant to adopt it.